GAUSS helps you to solve numeric optimisation problems and is often used in statistics, econometrics and time series analysis. It is often used in economics, portfolio-management or in technical applications, as well. No other product offers the same combination of interactive tools for data analysis, precision in calculations and speed and efficiency!

Based on a matrix-oriented programming language GAUSS is the number one product wherever innovative and computer-intensive problems occur. GAUSS is optimized for rapid prototyping and the application of numerical algorithms for data analysis. Desktop and enterprise edition are equipped with a 64-bit-compiler that allows scalable implementation of numerical methods.

At the same time GAUSS offers an interactive data evaluation suite that does not require much programming skills from the user. It can easily produce high-professional graphs like 2D- and 3D-plots, surface- and Box-plots or histograms.

Its flexibility makes GAUSS the first choice for statisticians, economic and financial analysts.

The GAUSS Mathematical and Statistical System is a fast matrix programming language widely used by scientists, engineers, statisticians, biometricians, econometricians, and financial analysts. Designed for computationally intensive tasks, the GAUSS system is ideally suited for the researcher who does not have the time required to develop programs in C or FORTRAN but finds that most statistical or mathematical "packages" are not flexible or powerful enough to perform complicated analysis or to work on large problems.

Whatever mathematical tool or language you are now using, you'll find that GAUSS can greatly increase your productivity!

Comprehensive Environment for Modeling and Analysis

GAUSS is a complete analysis environment suitable for performing quick calculations, complex analysis of millions of data points, or anything in between. Whether you are new to computerized analysis or a seasoned programmer, the GAUSS family of products combine to offer you an easy to learn environment that is powerful and versatile enough for virtually any numerical task. Since its introduction in 1984, GAUSS has been a standard for serious number crunching and complex modeling of large-scale data.

Worldwide acceptance and use in government, industry and the academic community is a firm testament to its power and versatility. The GAUSS System can be described several ways: It is an exceptionally efficient number cruncher, a comprehensive programming language, and an interactive analysis environment. GAUSS may be the only numerical tool you will ever need.

For simple problems GAUSS provides a fully interactive environment for exploring data, creating scenarios and analyzing results. For more complex tasks, you can write programs and save them to disk. GAUSS is exceptionally fast, providing performance comparable to compiled C or FORTRAN programs. And unlike other math packages, GAUSS's speed is equally impressive when working with problems of very large scale.

While many GAUSS users never find a need to program extensively, for those who do, GAUSS provides a natural and logical environment that is easy to learn and powerful to use. At the core of GAUSS is an efficient programming language adequate for doing even the most sophisticated analysis. The basic unit of analysis in GAUSS is a matrix, resulting in a syntax closely resembling common mathematical expressions. Since matrix operations are assumed, most of the looping required by other languages is eliminated.

The Data Translation Loop allows transformations on variables in a data set by directly using the variable names in expressions. This streamlines data transformations and makes for shorter, more readable programs. GAUSS's Source Level Debugger greatly simplifies program development. With all of the features you would expect in a dedicated debugging system, you can quickly identify and solve program logic errors at run time.

As a complete programming language, the GAUSS system is both flexible and powerful. Immediately available to the GAUSS user is a wide variety of statistical, mathematical and matrix handling routines.

GAUSS can be used either interactively for short one-off commands or by creating large programs consisting of several files and libraries of functions, or anything in between.

GAUSS's high resolution Publication Quality Graphics gives you powerful ways to visually analyze your data and present your findings. A wide choice of graphing options are available to you, including 2D, 3D, surface, contour, polar and log graphs, as well as bar graphs, histograms, box graphs and more. Graphs can be placed in individual overlapping or tiled windows on a single page. You can export graphics files in a number of popular formats, including WMF, HP-GL/2, PostScript and EPS formats, for use in page layout and presentation packages, and GAUSS includes support for a wide range of output devices, including most of the latest printers and plotters.

The Tools You Need

GAUSS has over 400 mathematical functions built in, including LINPACK, EISPACK and BLAS routines, factorizations, decompositions, eigenvalues, distributions and equation solving functions, to provide you with all the tools you need to solve your most difficult problems. You can easily customize or add to the GAUSS function library, and optional modules provide access to many other specialized capabilities.

The GAUSS Run-Time Module (GRTM) allows users to distribute GAUSS applications that they have written to people who do not have GAUSS. Developers distribute a compiled file to end users along with the GRTM. This is available with GAUSS at no extra charge.

The GAUSS Data Tool 10 is available for Windows in the 32- and 64-bit variants. The Windows 32-bit version works on a 64-bit PC, but not the other way around. In addition, the 64-bit Windows version of the GDT 10 does not have a graphical user interface.

Get started faster with seamless online license activation from a product key.

Load, transform and analyze in one line. Simple to use formula string notation supports: 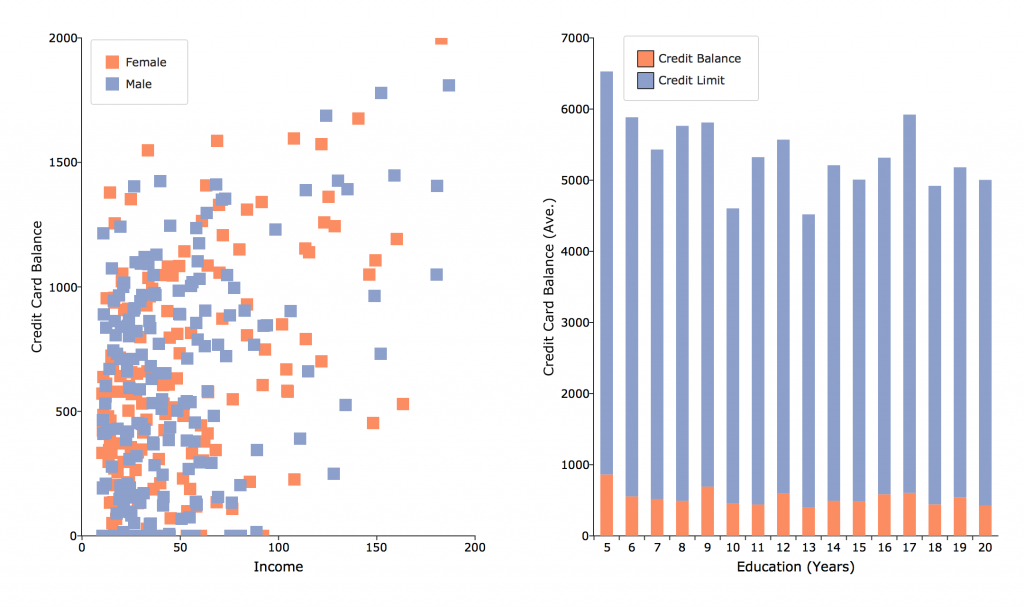 //Load large data in consecutive blocks no larger than 10% of system memory
setBlockSize("10%");

The new import wizard in GAUSS comes with a new fresh inituitive interface and now reads CSV, XLS, XLSX and other delimited text files. The import wizard is also able to handle malformed data files. Furthermore the speed of loading data and of the preview got improved. There is now a visual feedback and an enhanced experience with color coding. 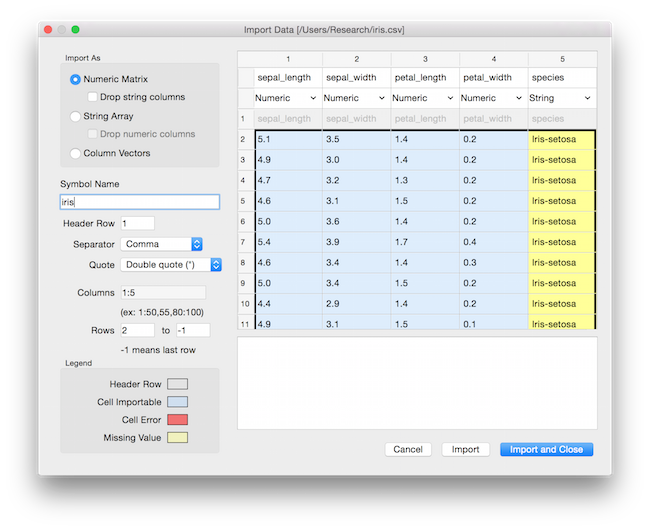 Reclassify
With this function you will be able to: 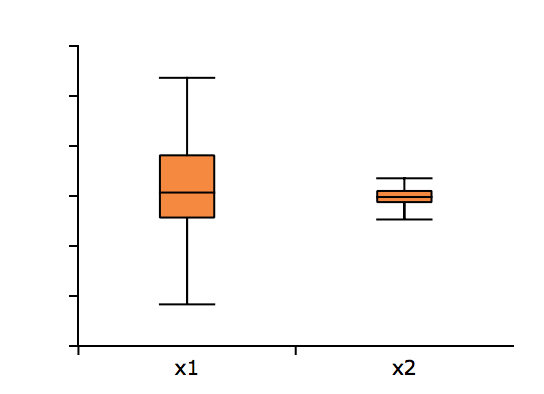 Example: Use a named method and return the data plus scaling factors:

In this example location and scale were passed in later to scale another sample from the same data set:

In statistics, the generalized linear model (GLM) is a flexible generalization of ordinary linear regression that allows for response variables that have error distribution models other than a normal distribution. The GLM generalizes linear regression by allowing the linear model to be related to the response variable via a link function and by allowing the magnitude of the variance of each measurement to be a function of its predicted value. The GAUSS function glm is used to solve generalized linear model problems. GAUSS provides the following combinations from exponential family and related link function:

User Interface and other Enhancements